Home/Uncategorized/Amazulu Supports the Challenge
Previous Next

Soccer stars from KwaZulu-Natal based Amazulu Football Club came together with executives and staff from the SPAR Head Office in Pinetown (KZN), on Friday November 23, in support of the inaugural Mr Price Foundation Challenge in partnership with Comrades Marathon.

Amazulu players Sibusiso Mabiliso and Neil Boshoff, together with former Sharks captain Wayne Fyvie and CEO of the SPAR Group, Graham O’Connor,  pledged their support for the virtual fundraising ride and run on December 5 and 6, for the Mr Price Foundation’s education and skills development programmes.

“An initiative like this from Mr Price Foundation and SPAR is a truly great achievement, especially since none of us knows exactly how many people became unemployed due to COVID. A lot of people are looking for that help, for that stepping stone,” said goalkeeper Neil Boshoff. “The virtual nature of this event sets it apart from the rest because it gives you the ability to do it wherever you are. All of us need to be healthy especially during this time of COVID. The virtual event gives people an alternative option,” Boshoff highlighted.

“Everyone should try to be part of the Challenge to help those less fortunate than themselves,” said defender Sibusiso Mabiliso.

SPAR, the headline sponsor for Amazulu Football Club, has partnered with Mr Price Foundation’s Jump Start programme over the past eight years, to empower young South Africans to break the cycle of poverty and inequality in their lives.

The two organisations are intent on alleviating one of the country’s biggest challenges, youth unemployment. The SPAR Group have invested well over R10 million into Jump Start, a work readiness programme which equips matriculants with critical retail entry level skills and links them to opportunities in retail and supply chain.

Since its inception in 2007, more than 35,000 unemployed youth have been empowered through Jump Start, with over 13,000 careers being jump started in the retail industry. The programme bridges the gap between school and the world of work and assists the youth in entering the job market better prepared.

“The partnership with Mr Price Foundation together with SPAR is a huge initiative, in breaking the cycle of poverty and inequality in South Africa. We encourage everyone to register and participate on 5 and 6 December. Support this initiative, it’s for a good cause!” said Keletso Totlhanyo, Comrades Marathon Association General Manager.

With over R100,000 worth of prizes to be won, you too can make a difference by joining the Challenge. 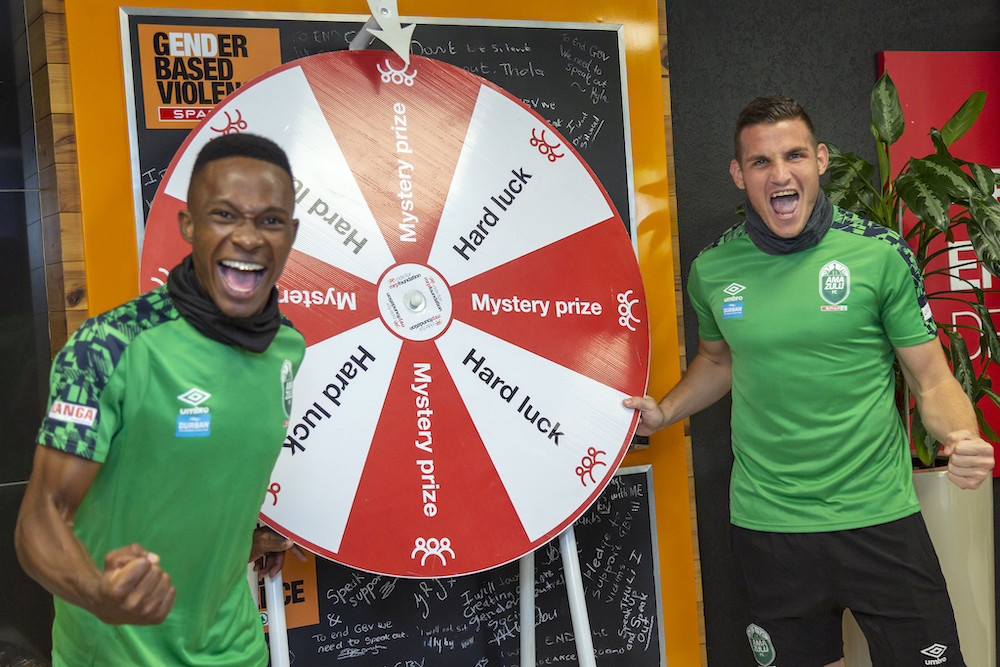 Image caption: Amazulu FC’s Sbusiso Mabiliso and Neil Boshoff joined the club’s headline sponsor, SPAR, on Friday 20 November at the SPAR Head Office in Pinetown, Durban, in support of the inaugural Mr Price Foundation Challenge in partnership with Comrades Marathon. The virtual Challenge which takes place on December 5 and 6, invites fun and fitness fanatics around the world to ride or run to raise funds for the Mr Price Foundation’s education and skills development programmes. 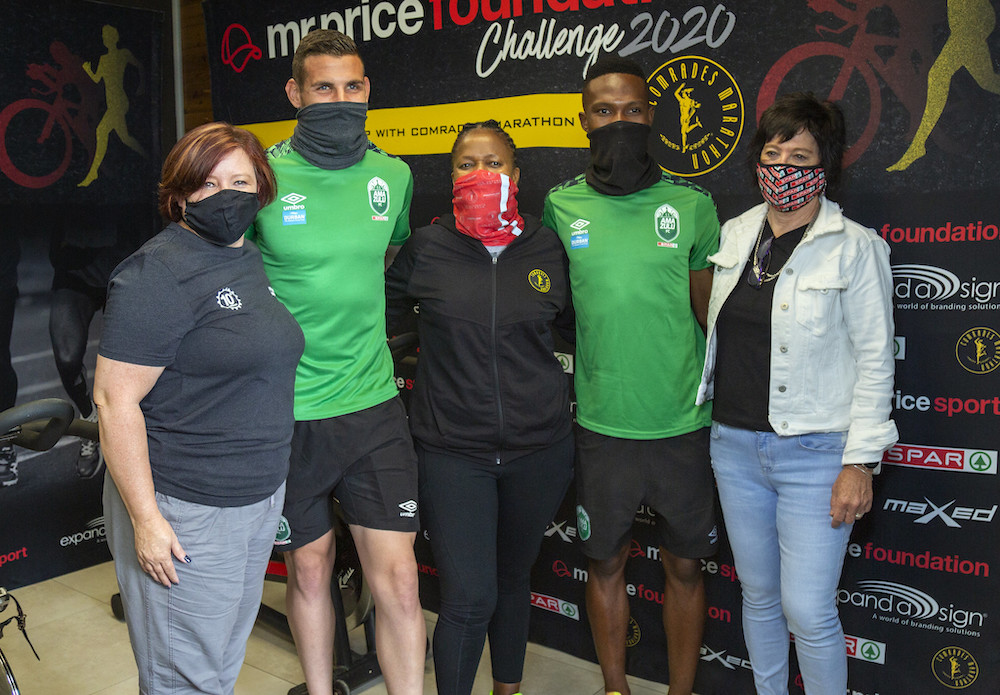